We’re just taking a wild guess here but the chances of next Sunday (3 February) being cold and grey are pretty high. Luckily, we’ve got a suggestion to lure you out of the house after the January hibernation. Come on!

Vintage Movie Art is delighted to be returning to the London Film Fair in the centre of London on 3 February. This is London’s longest-running film fair and it is a must for all film buffs and collectors. It’s also a great day out for the whole family.

Conveniently located in the heart of the west end, the venue (the Royal National Hotel) is around the corner from the British Museum if you want to combine your visit with something educational.  It’s also close to Oxford Street, for some retail therapy, and Covent Garden – always a great family destination.

Plus, apart from coming to see us and perusing our fantastic collection of movie posters and memorabilia – hey, we’ll even let you buy something from us – there will also be the opportunity to get an autograph or a photograph taken with a number of guests from cult movies such as 007 On Her Majesty’s Secret Service and Space 1999.

If you’re a James Bond fan then you really shouldn’t miss this Fair. Apart from meeting some of the stars from the movies, we have a great selection of fabulous and very collectable posters from movies like these of Live and Let Die (at the top here), designed to use in flagship theatres in Germany for the film’s premiere. Originally, they were all held together with a rivet in one corner, which allowed the posters to be fanned out for display. The idea of the cards is based on the tarot reader in the film, and the four cards translate to Sex, Tod (death), Gluck (luck) and Teufel (the devil). This set is exceptionally rare with very few complete sets known to have survived. 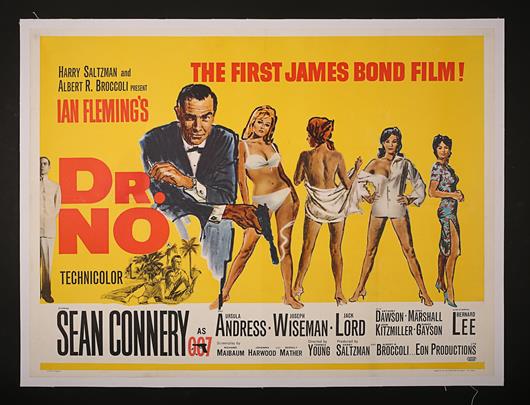 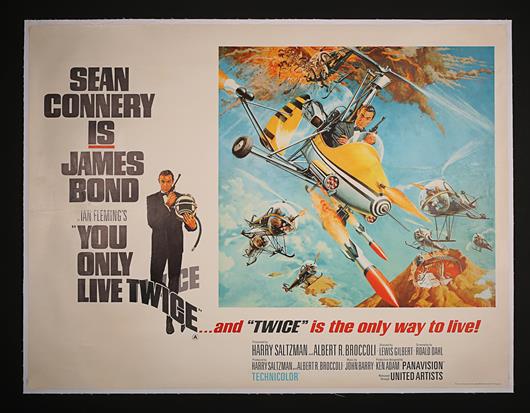 VMA also have some very collectable 007 ‘other cool stuff’ – you know, things you never knew you needed until you found out they existed – like production storyboard booklets from Die Another Day and James Bond cuff-links. See you there!