It’s pretty cool that one of the oldest film companies in the world is British.  And horrific. In a scary kinda way.

Hammer was founded in November 1934 although it was not until the 1950s when it realised the potential in horror movies.

Up until then Hammer had produced comedy, drama, crime capers and adventure stories.

It was Hammer’s 1955 movie The Quatermass Xperiment which proved the turning point. This movie posed the question what might happen if an alien virus was brought to Earth – and the audience loved it!  Costing just £42,000 to make it boasted a cast crammed full of British luvvies. Gordon Jackson would later become a household favourite as Hudson in Upstairs Downstairs. Jack Warner would wish British families ‘Evening all’ as Dixon of Dock Green himself. Lionel Jeffries would later be captured by spies in family movie Chitty Chitty Bang Bang. And nine-year old Jane Asher – well, luckily the experience didn’t scar her enough to stop her creating delicious cakes so many years later!

After The Quatermass Xperiment audiences couldn’t get enough of frightening special effects and horrific storylines. They demanded more gore…. And in technicolour!  The Curse of Frankenstein was the first movie to show the real colour of blood –  and was incredibly successful. This led to a stream of fabulously horrific movies from Hammer: Horror of Dracula, The Abominable Snowman, and The Mummy.  Other films to note would be The Curse of the Werewolf, The Plague of the Zombies and The Kiss of the Vampire.

So, here’s the thing – Hammer is hot!  Hammer Films movie posters are becoming very collectable. If you want to sell yours, get in touch. If you want to buy one, check us out – we’ve currently got posters from The Brides of Dracula, Vampire Circus, and The Evil of Frankenstein. And let’s not forget the quintessentially British send-up of all Hammer films – Carry on Screaming! All great investment opportunities…. Grab them if you dare – muhaha! 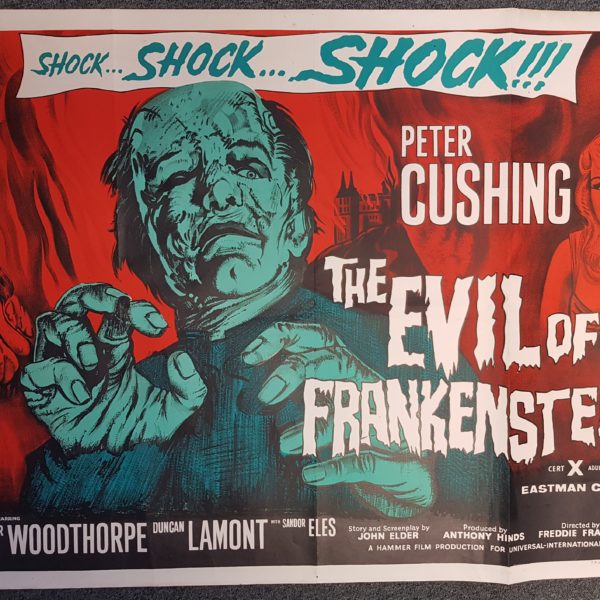 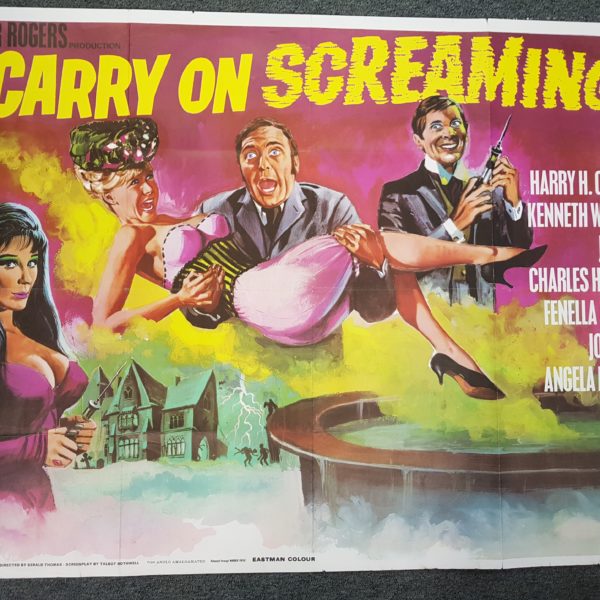