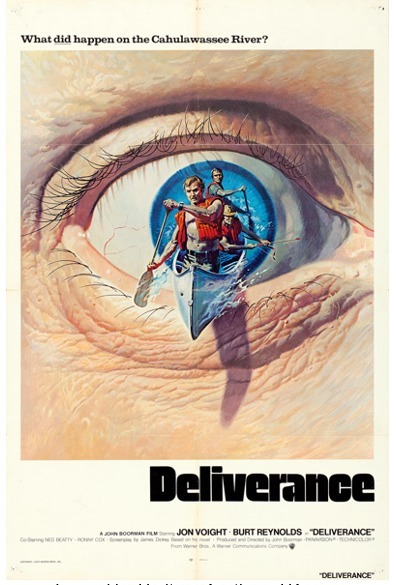 Tribute to a Hollywood Legend

Sad news last week with the passing of one of Hollywood’s most enduring actors, Burt Reynolds.

You would struggle to find anyone who didn’t like watching Reynolds on screen. Many of the characters he played were hugely likeable. Often he would play the Southern boy who outsmarts the local lawmen, like in movies such as The Mean Machine and White Lightening. He also won the hearts of audiences as they watched him beat the odds in road movies such as Smokey and the Bandit and The Cannonball Run.

It was Burt Reynolds’ tough-guy performance as macho Lewis Medlock in the John Boorman backwoods nightmare Deliverance (1972) that really stamped him as a star. Reynolds was not the first choice for this role which brought him fame and recognition. The studio wanted a big name. They first asked Jack Nicholson who reportedly asked for half a million dollars, a pretty outrageous demand in the early seventies! Next choice was Marlon Brando who said he would do it for whatever Nicholson had asked for. In the end they got Reynolds to do it for $50,000.

Deliverance director Boorman said, “Burt was fearless, reckless really, but terrific in the role. It fitted him so well. But at the end of the shoot, Burt came to me and said, “John, I was cast under false pretences.” I said, “What do you mean?” And he said, “I can’t act. I was just faking it.” That just about sums him up. Burt’s saving grace was a sense of humour. He never took himself too seriously.”

Vintage Movie Art are delighted to have in stock this rare poster of Deliverance. The artwork by Bob Gold on this one sheet is ‘eye-catching’ in every sense of the words! This international one sheet is vastly superior to the US campaign and is seldom offered for sale.